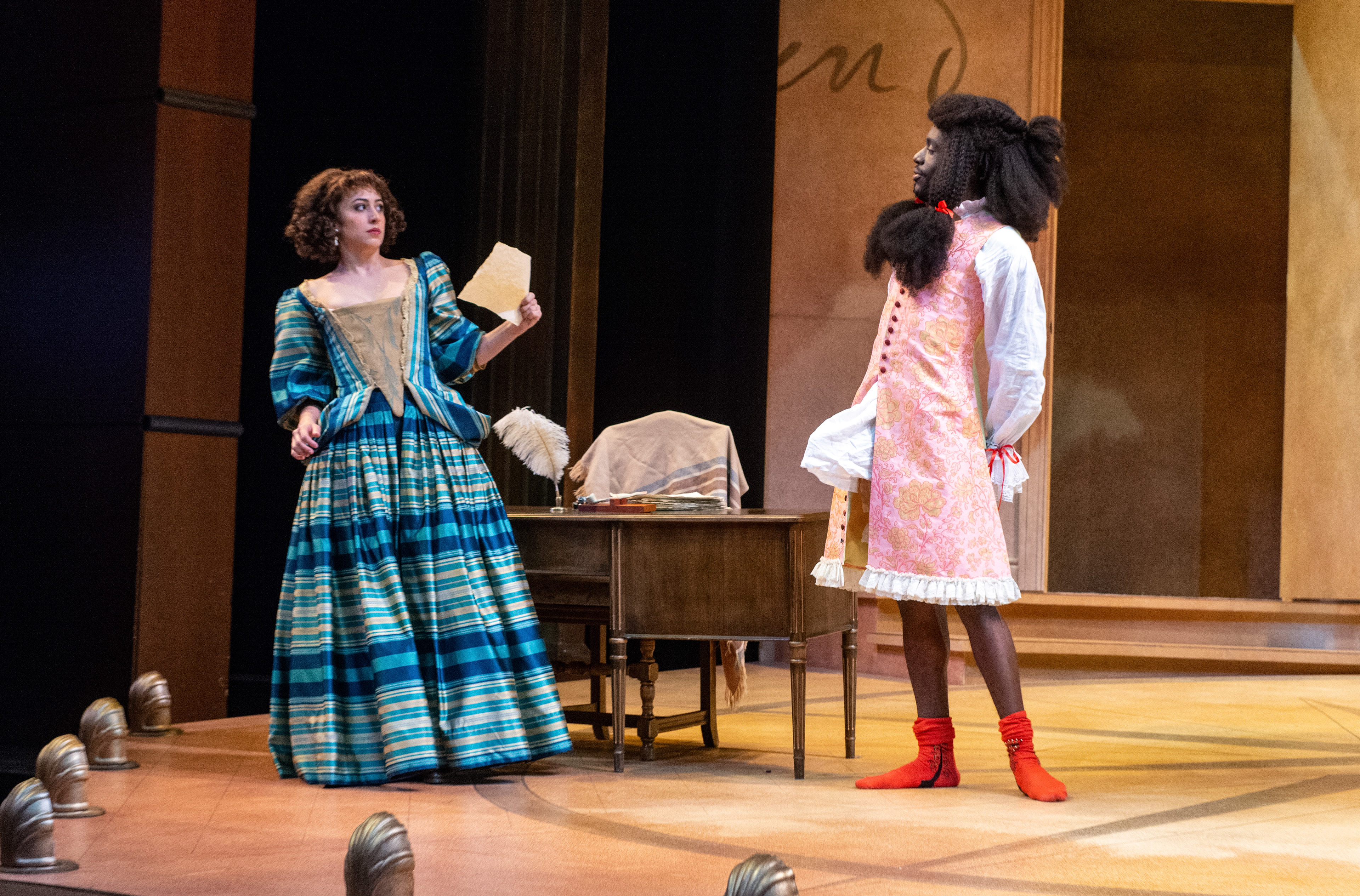 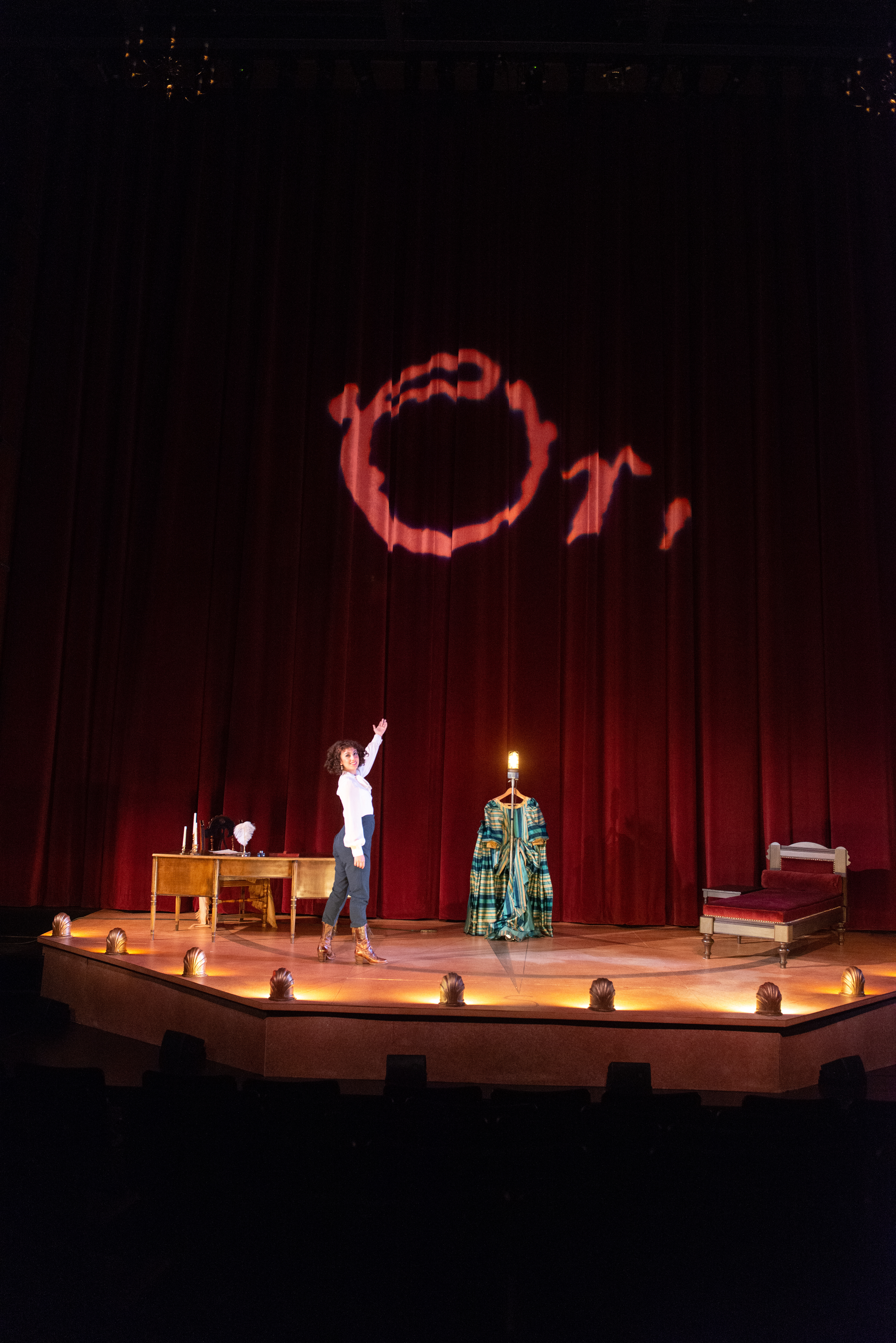 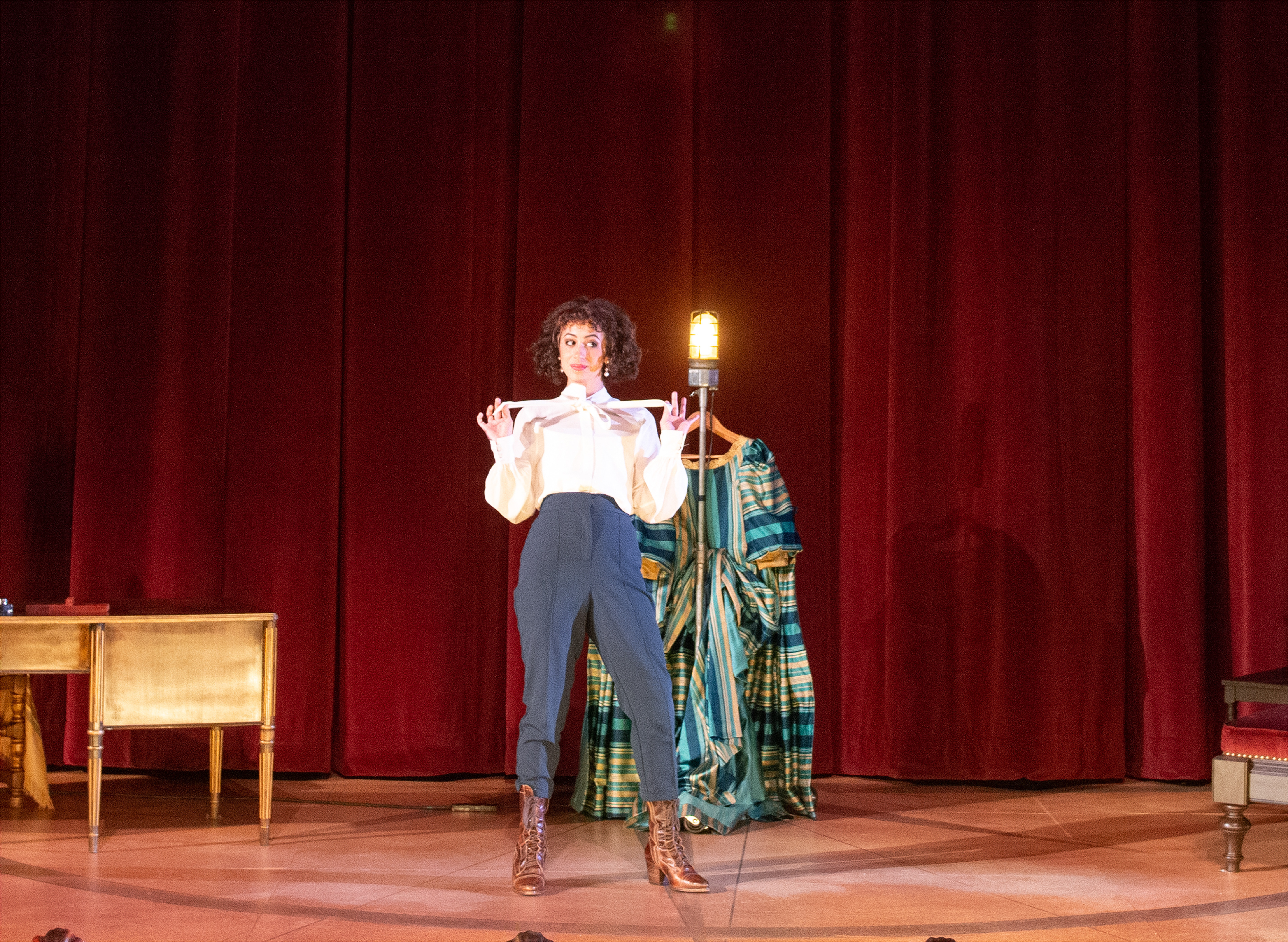 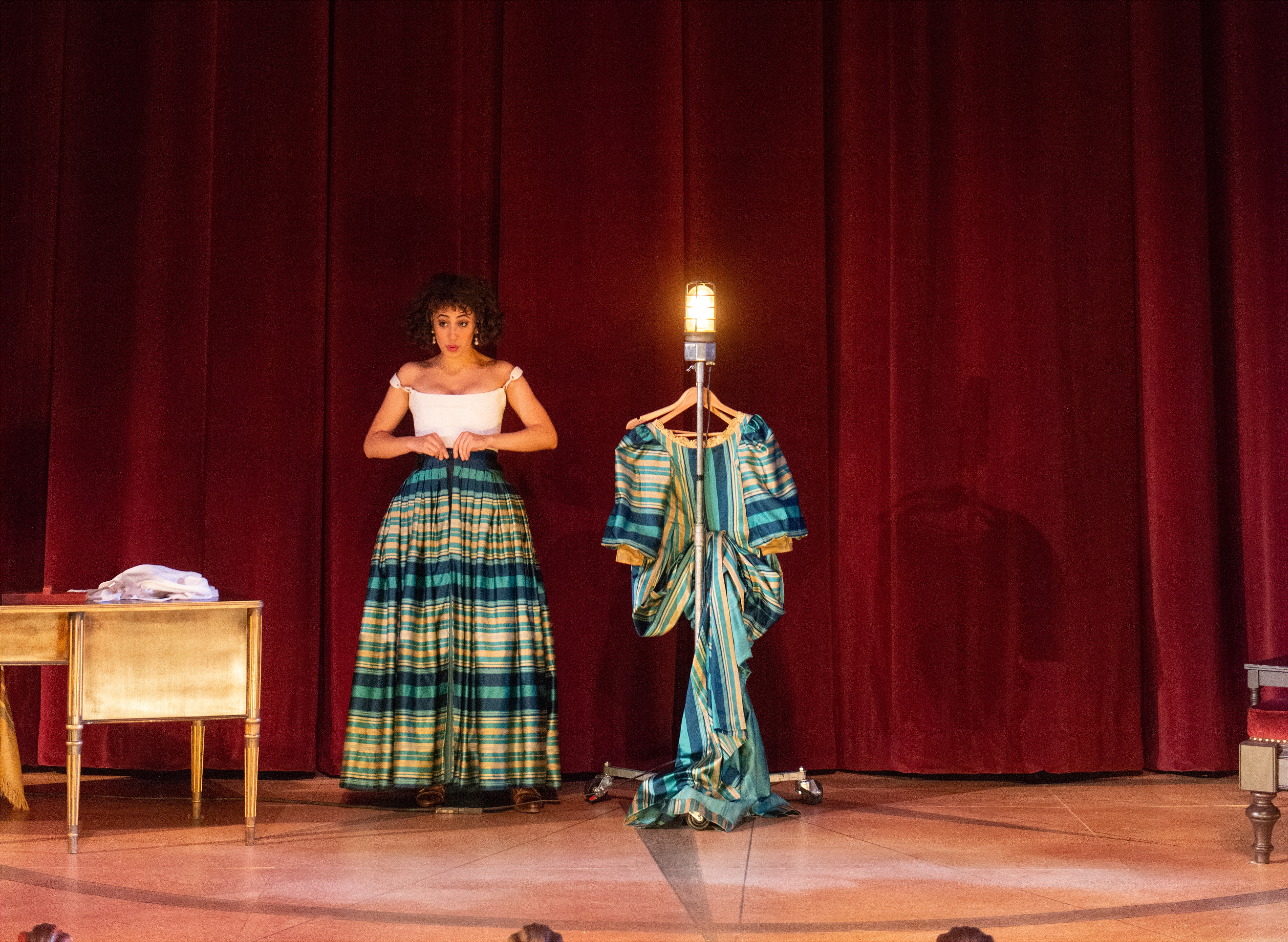 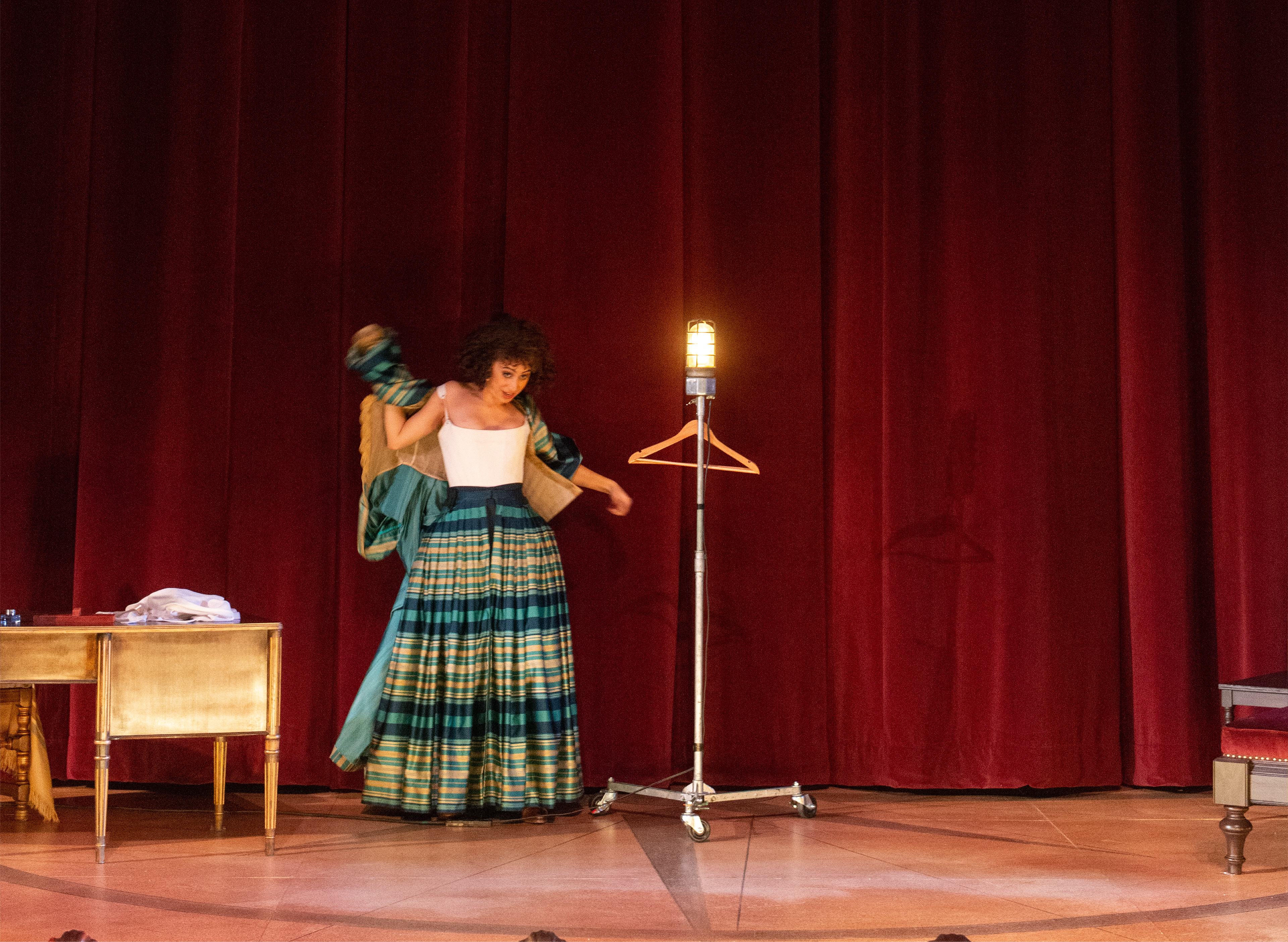 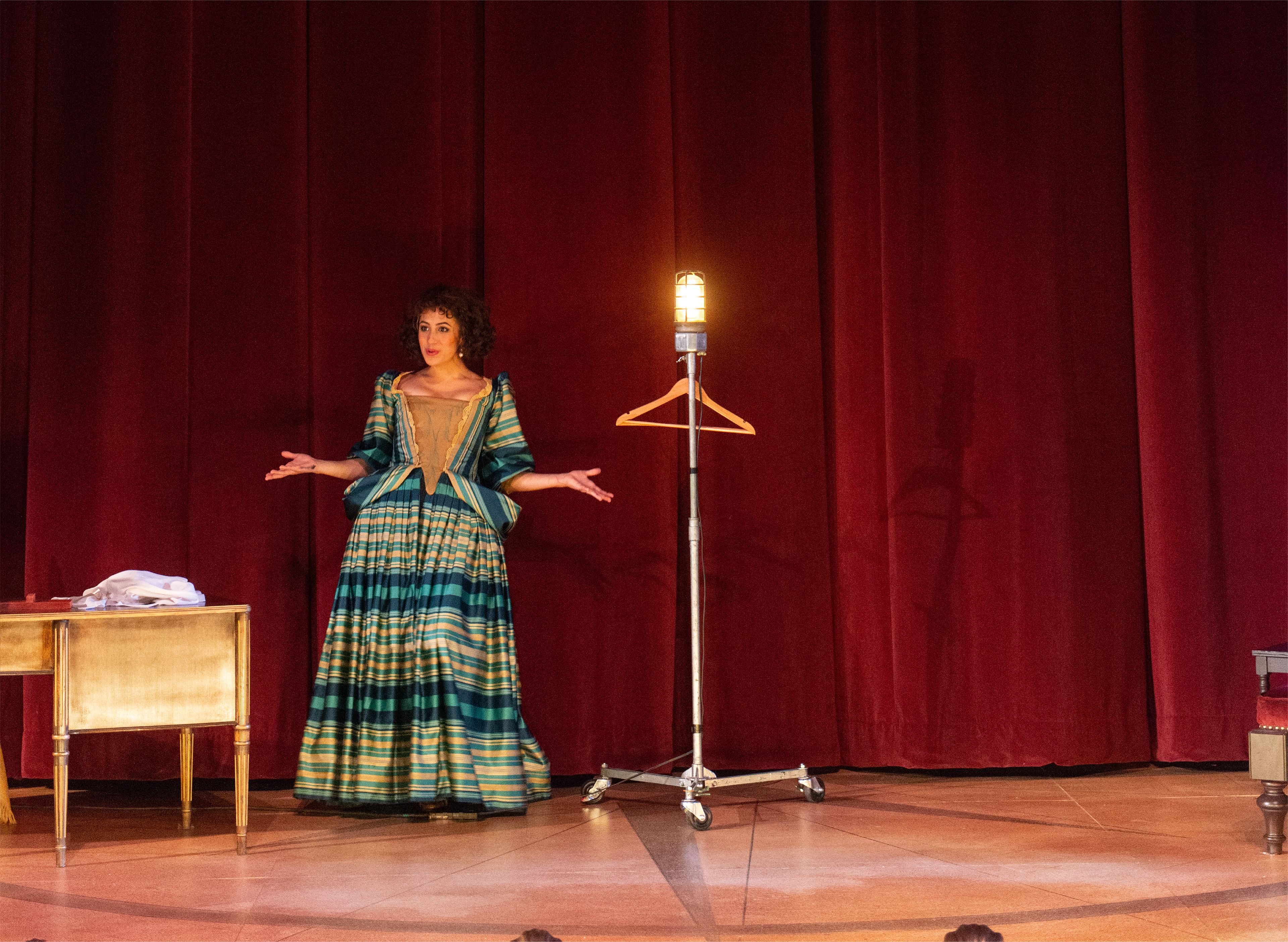 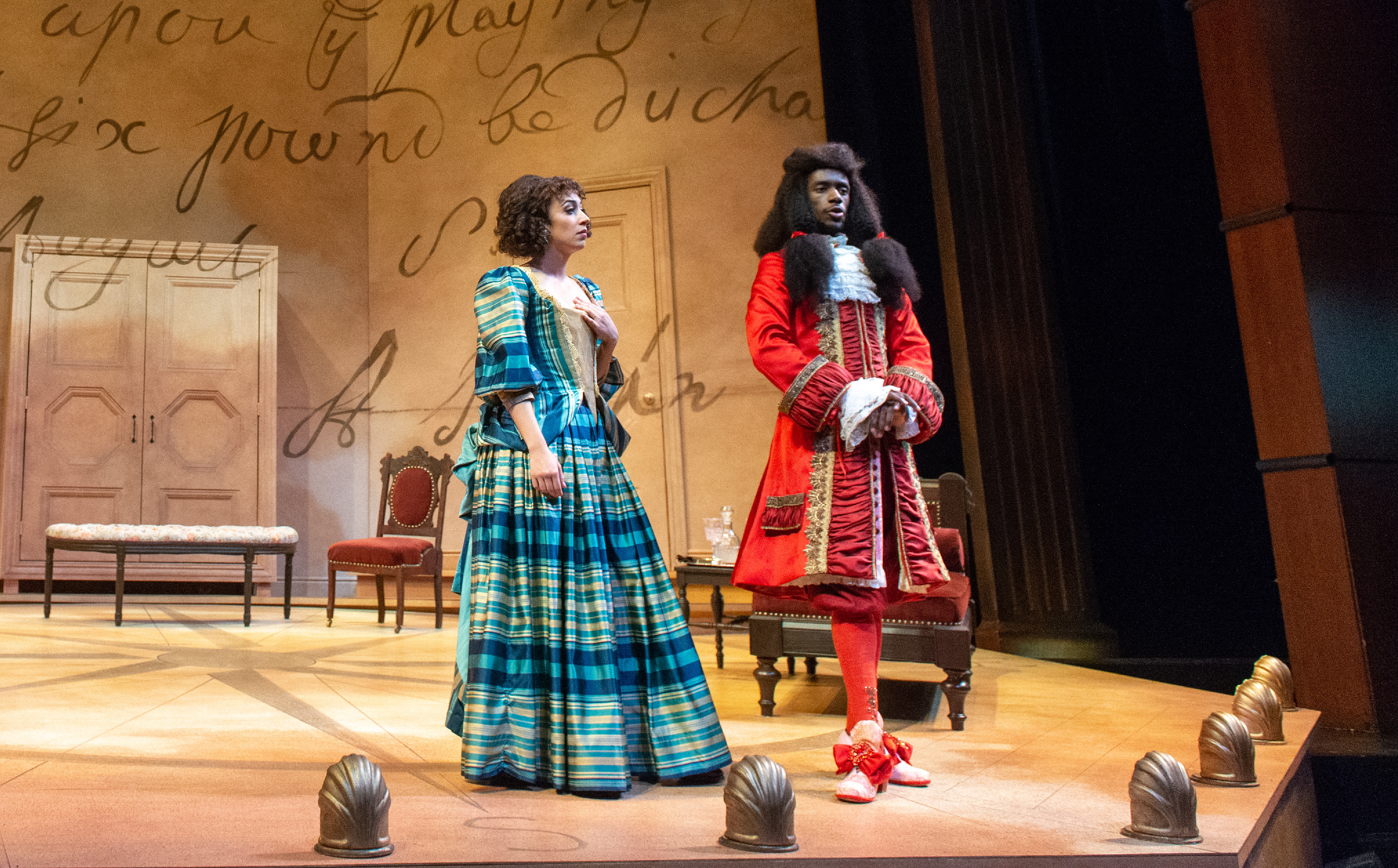 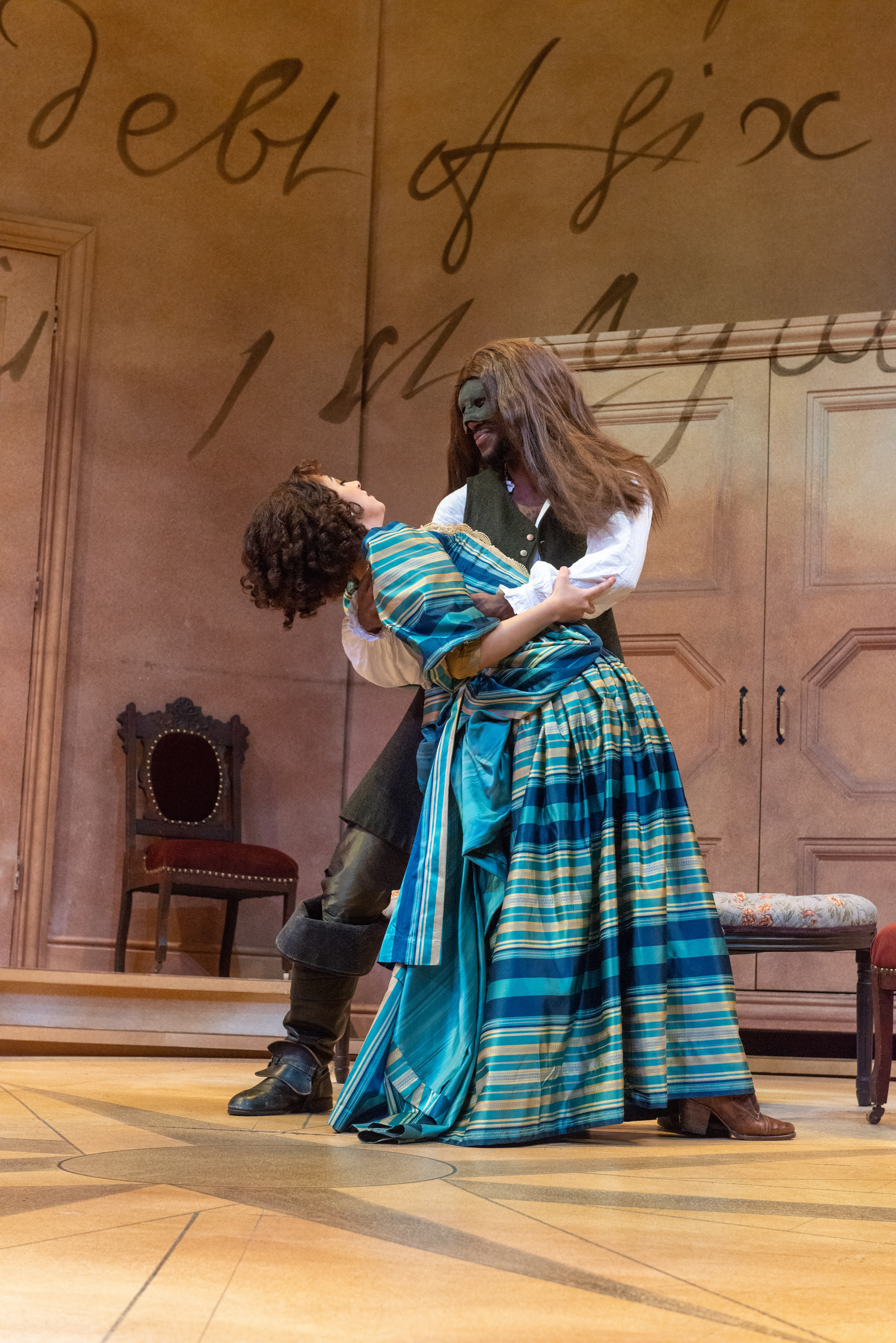 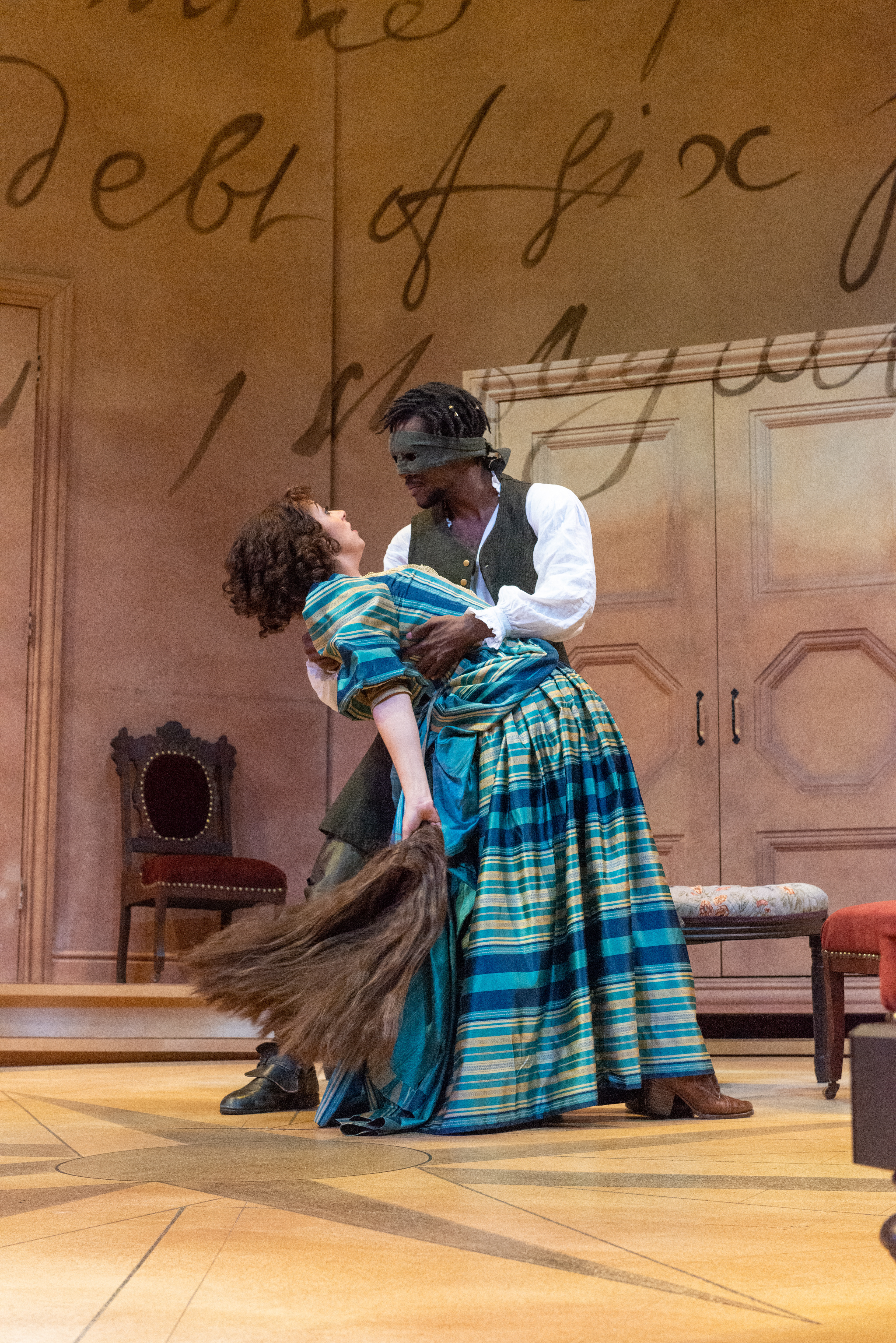 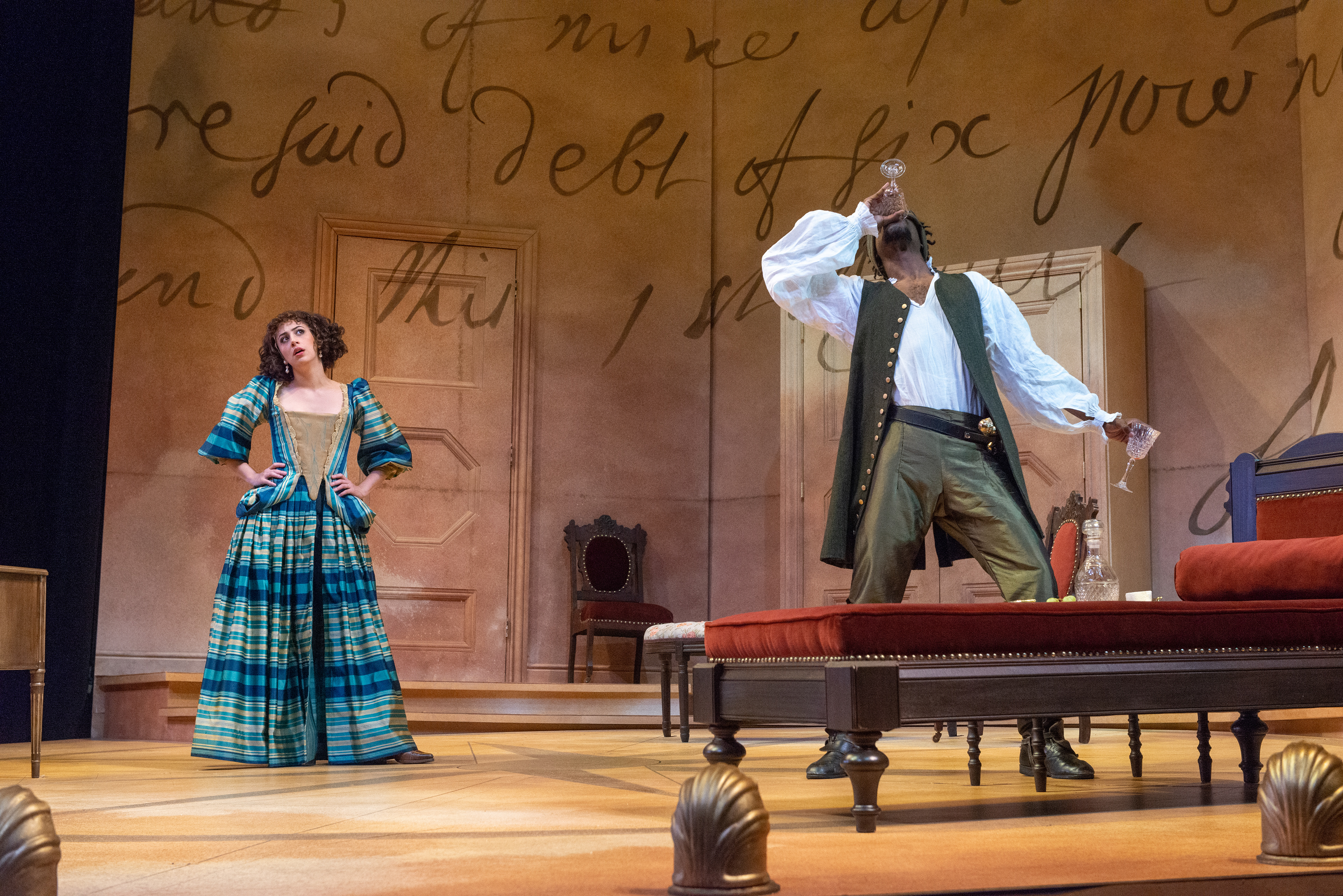 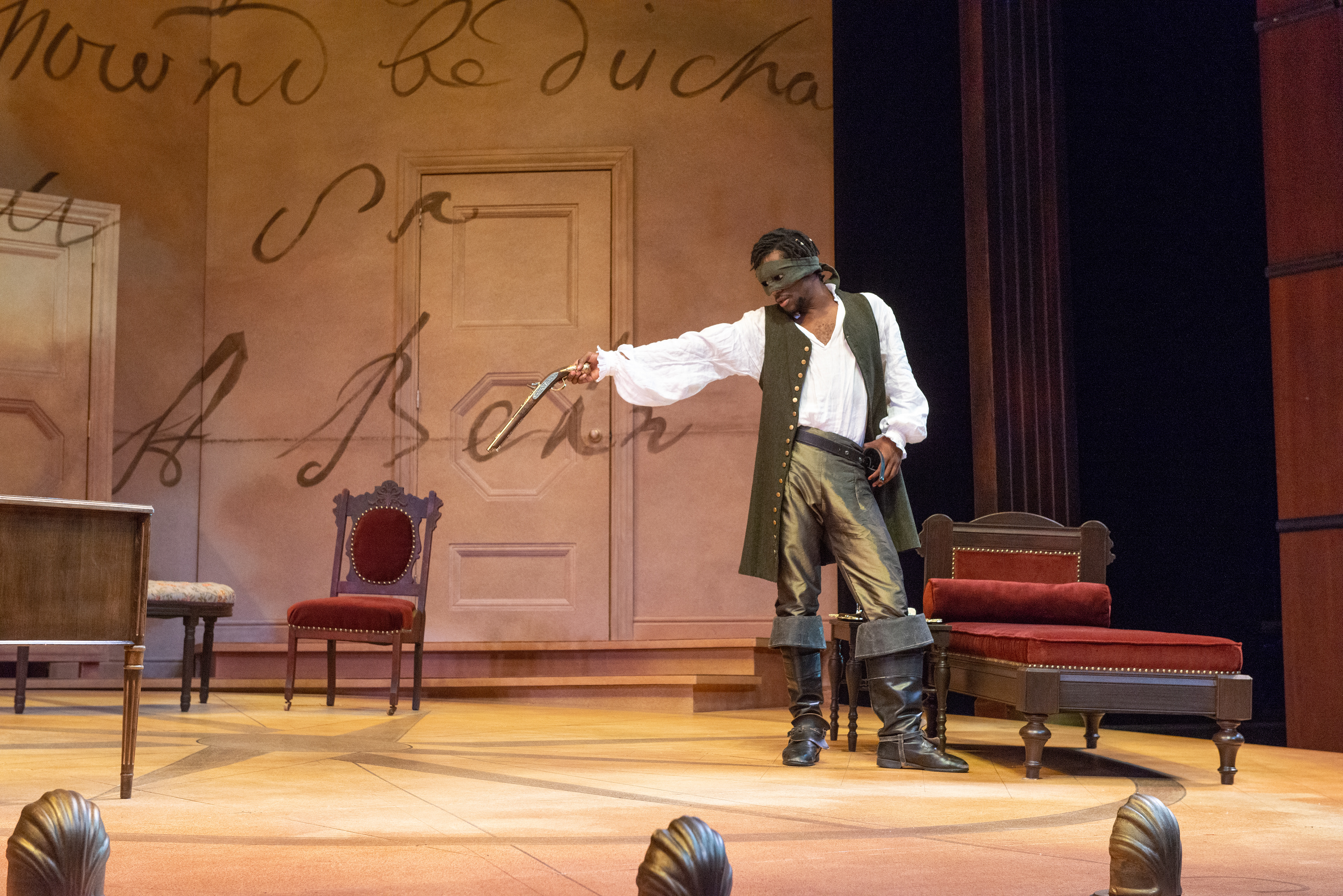 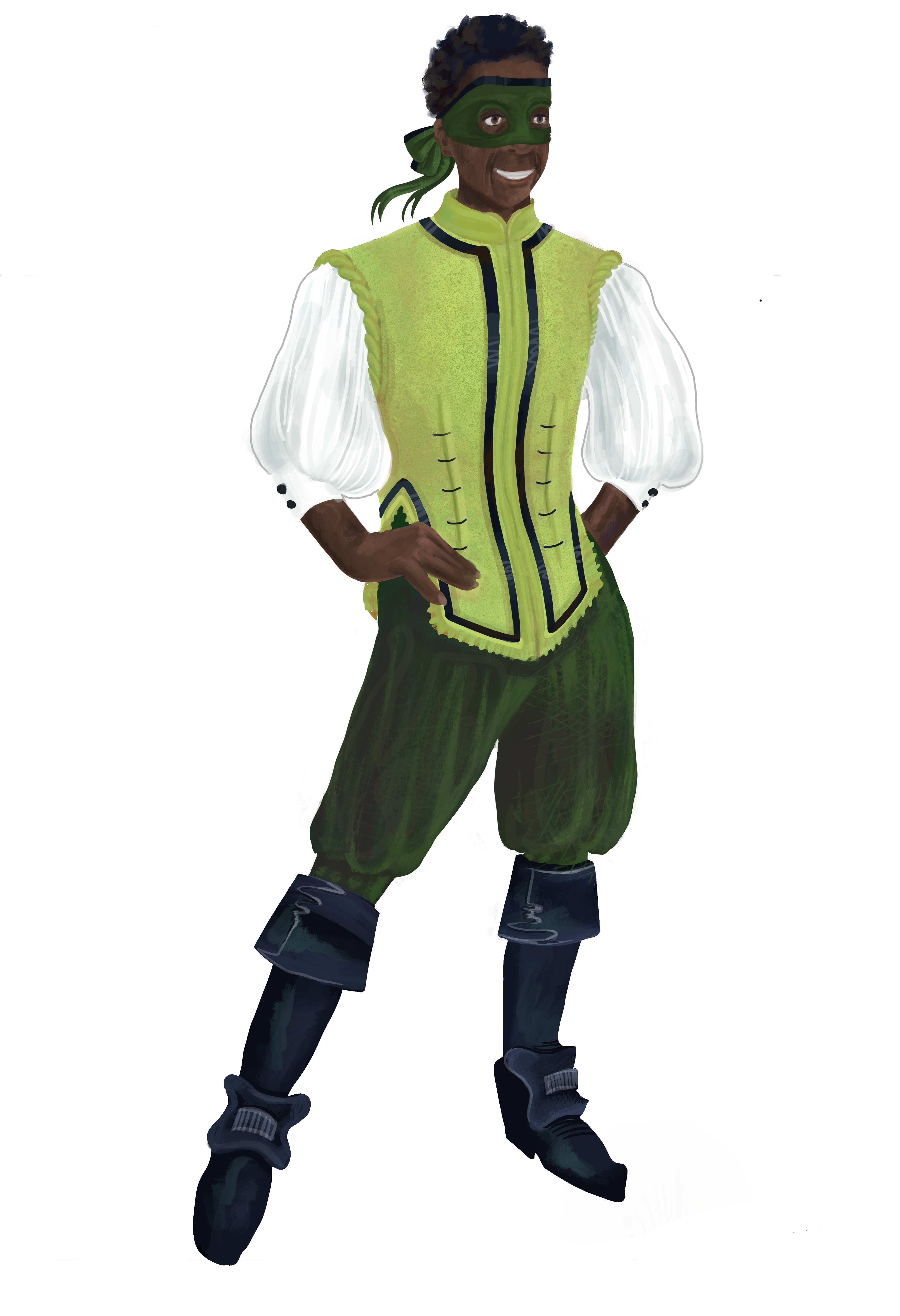 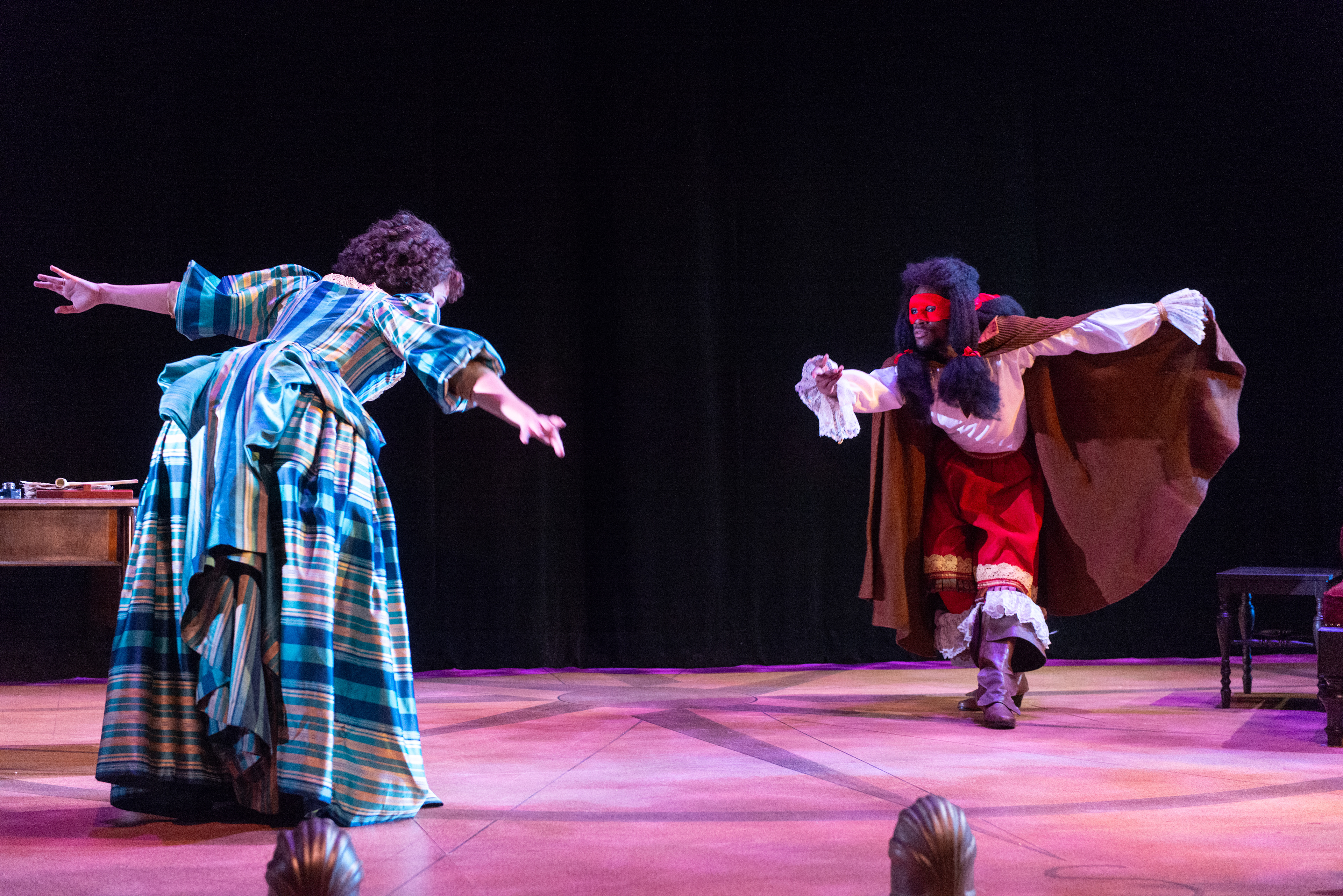 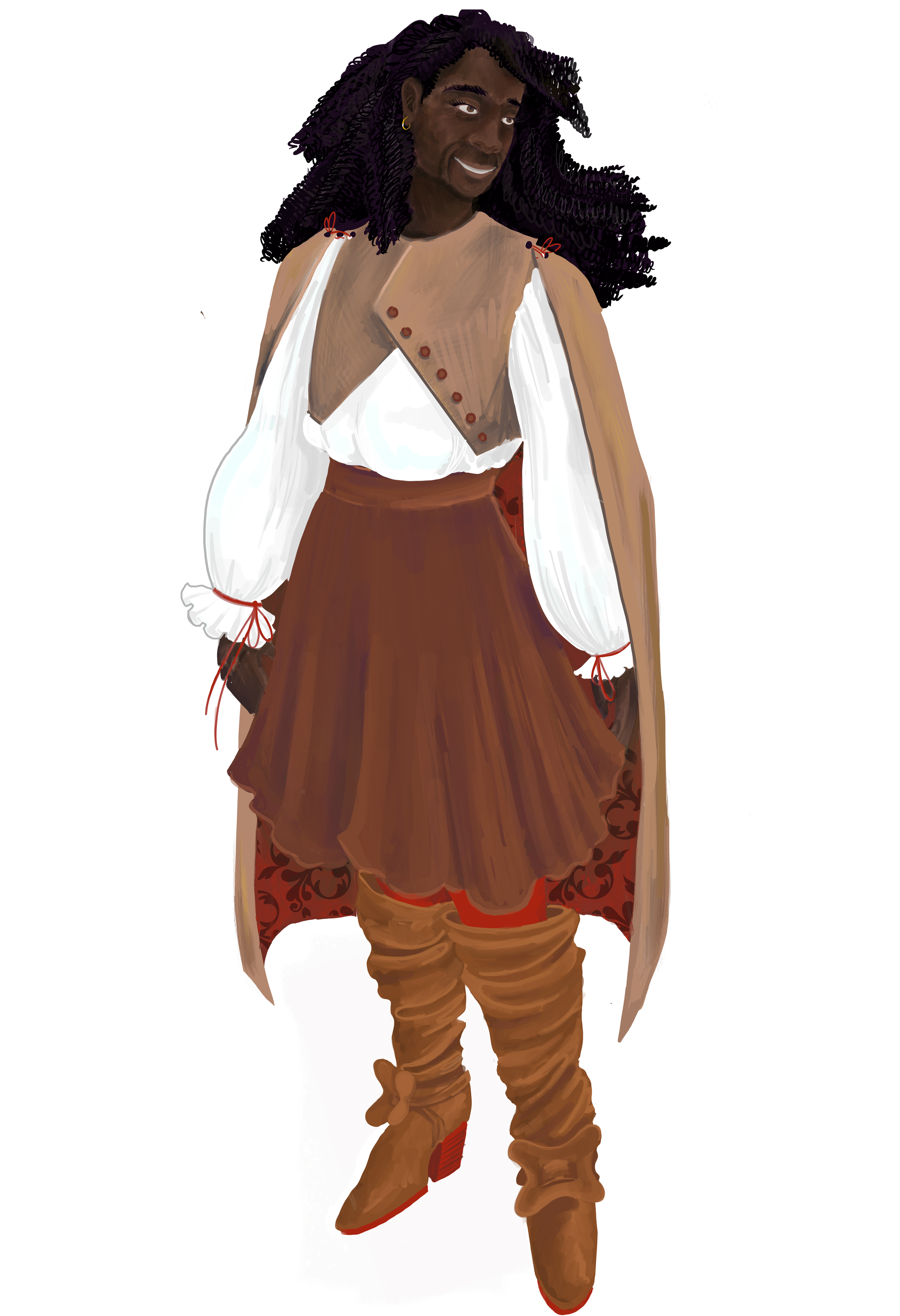 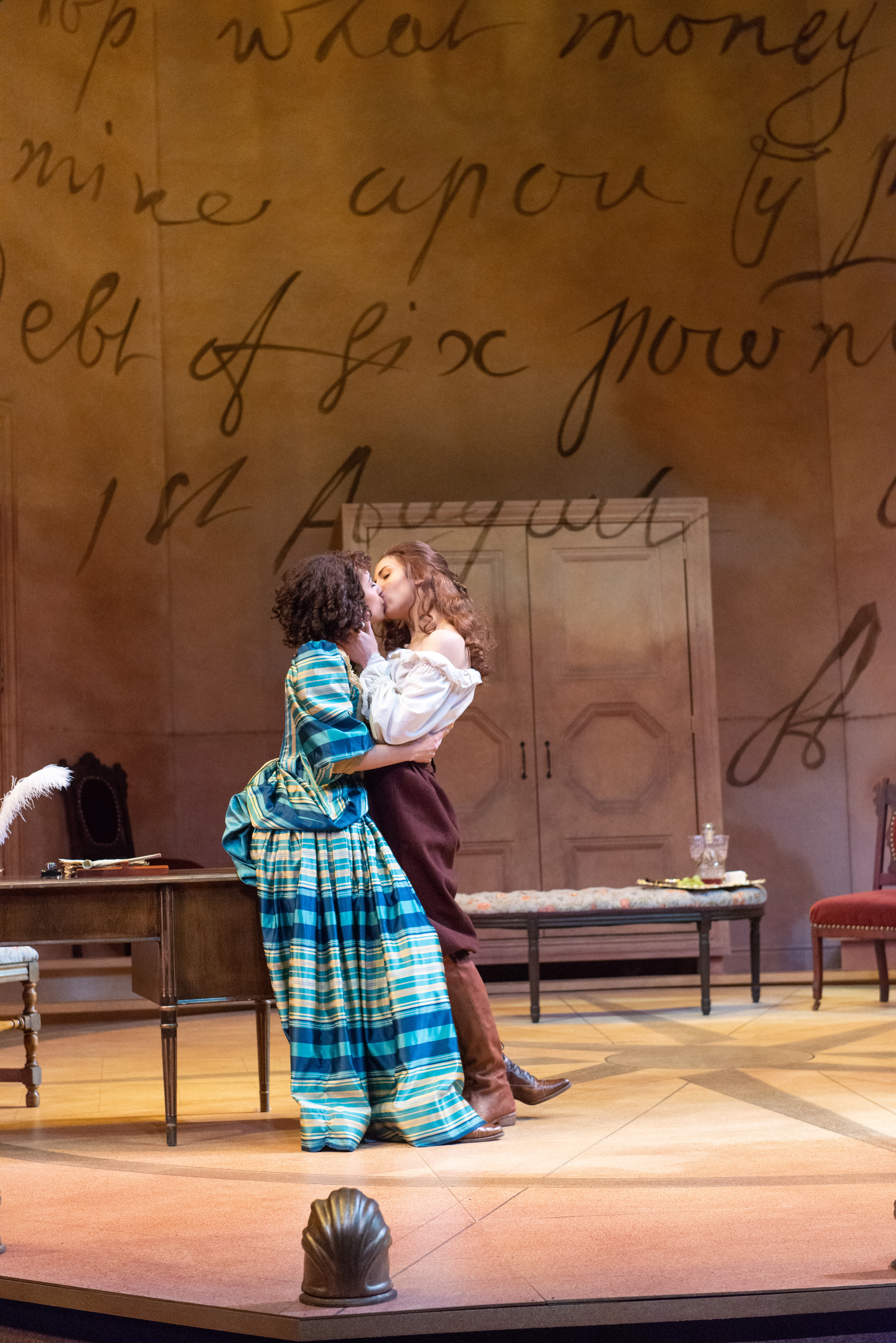 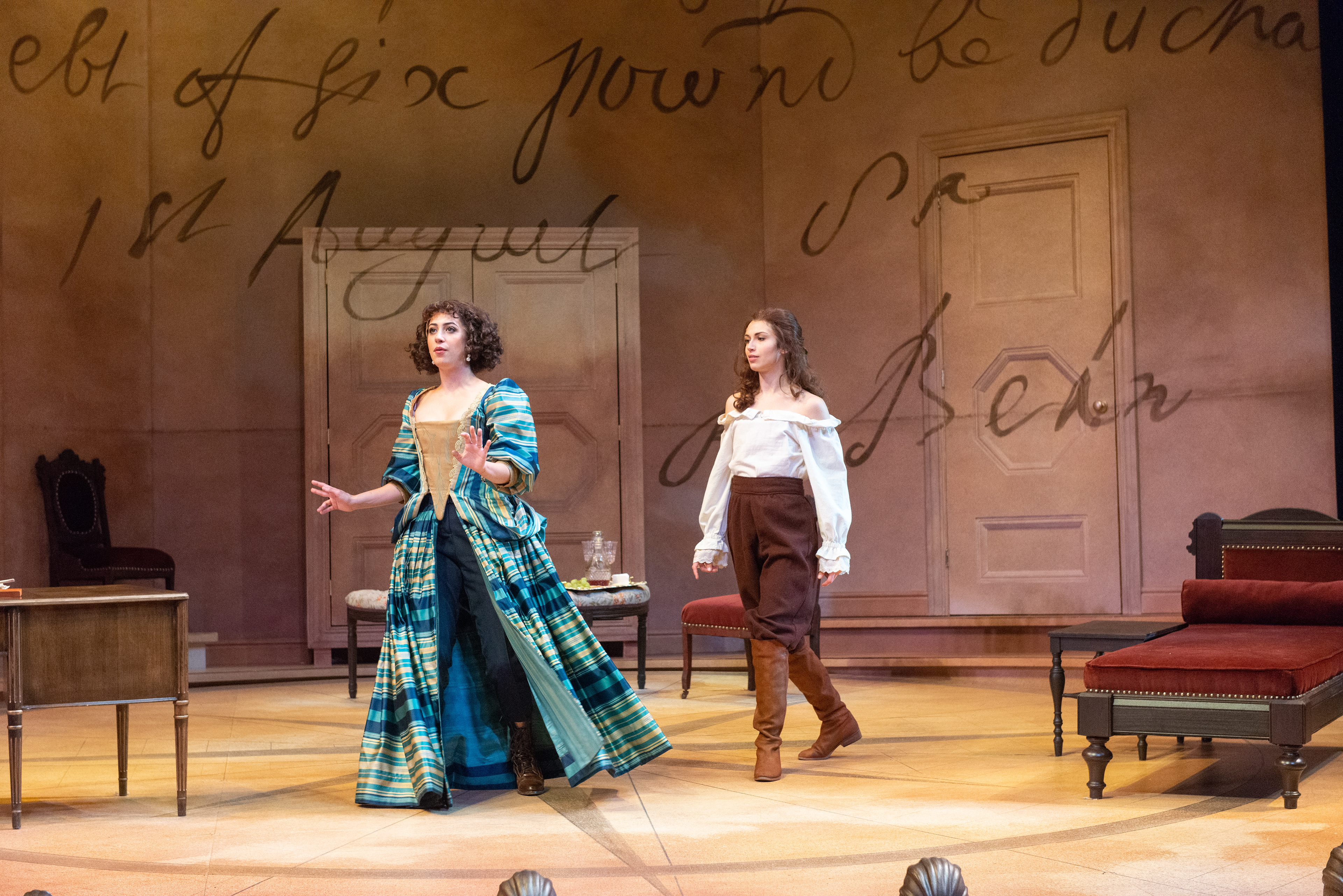 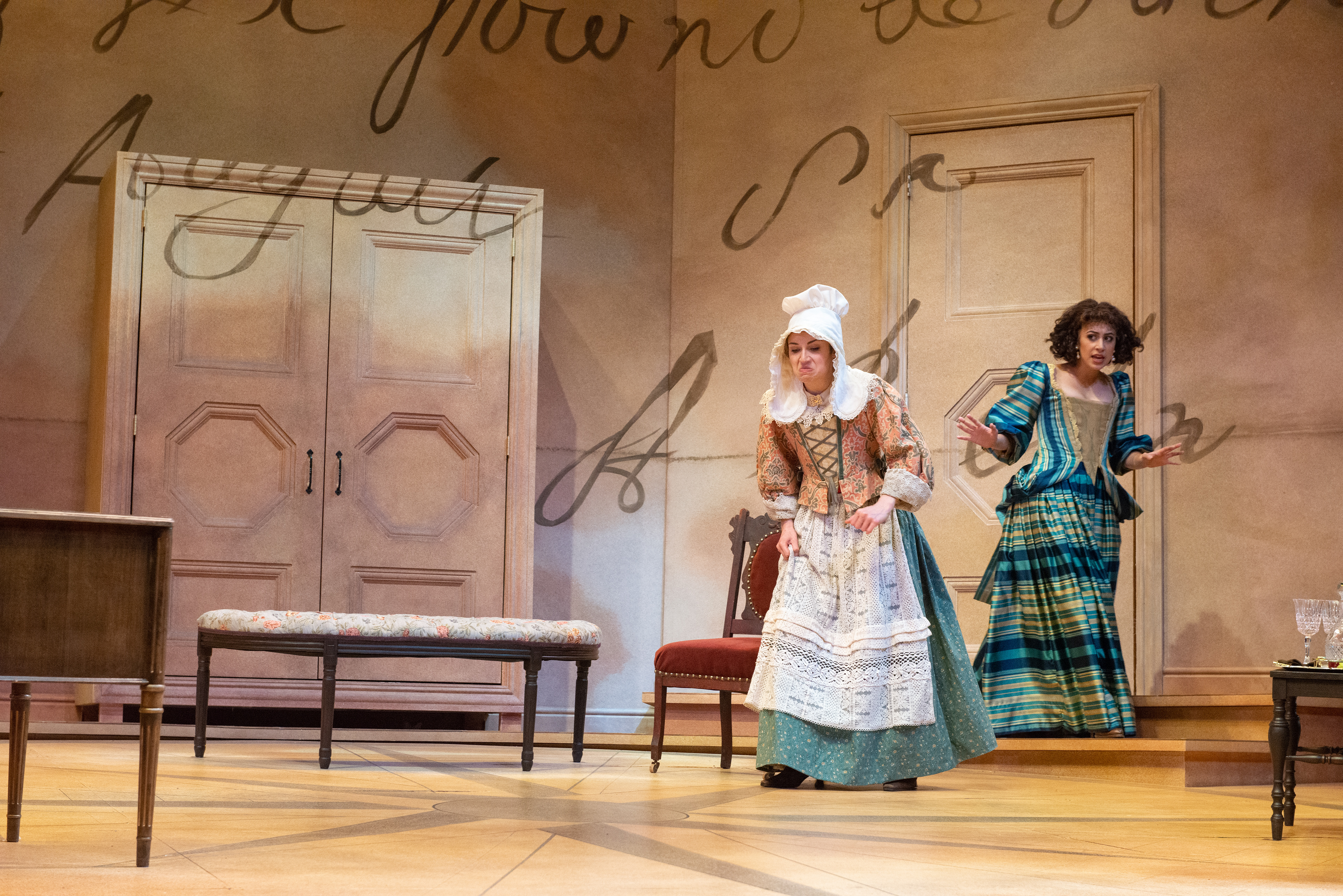 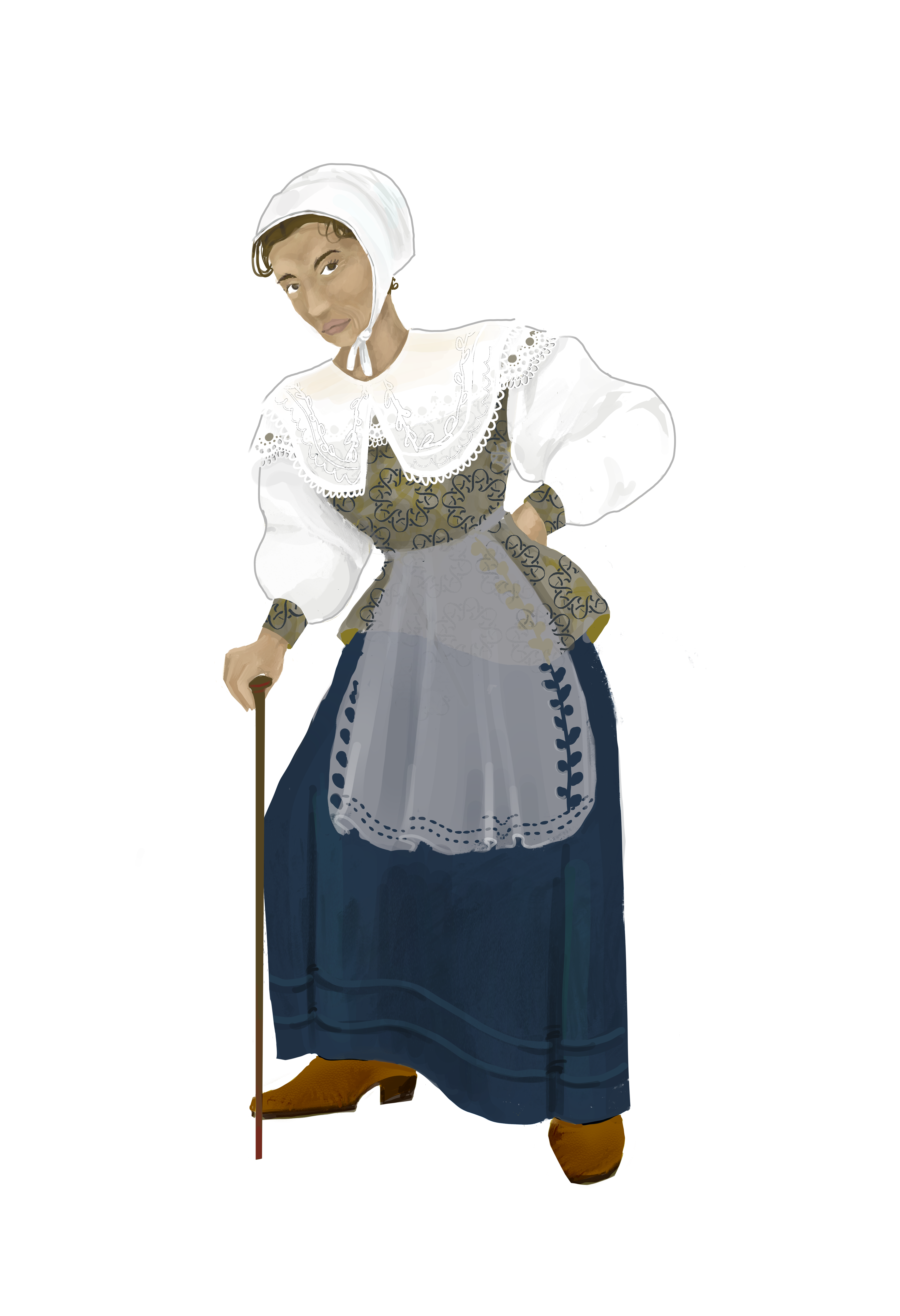 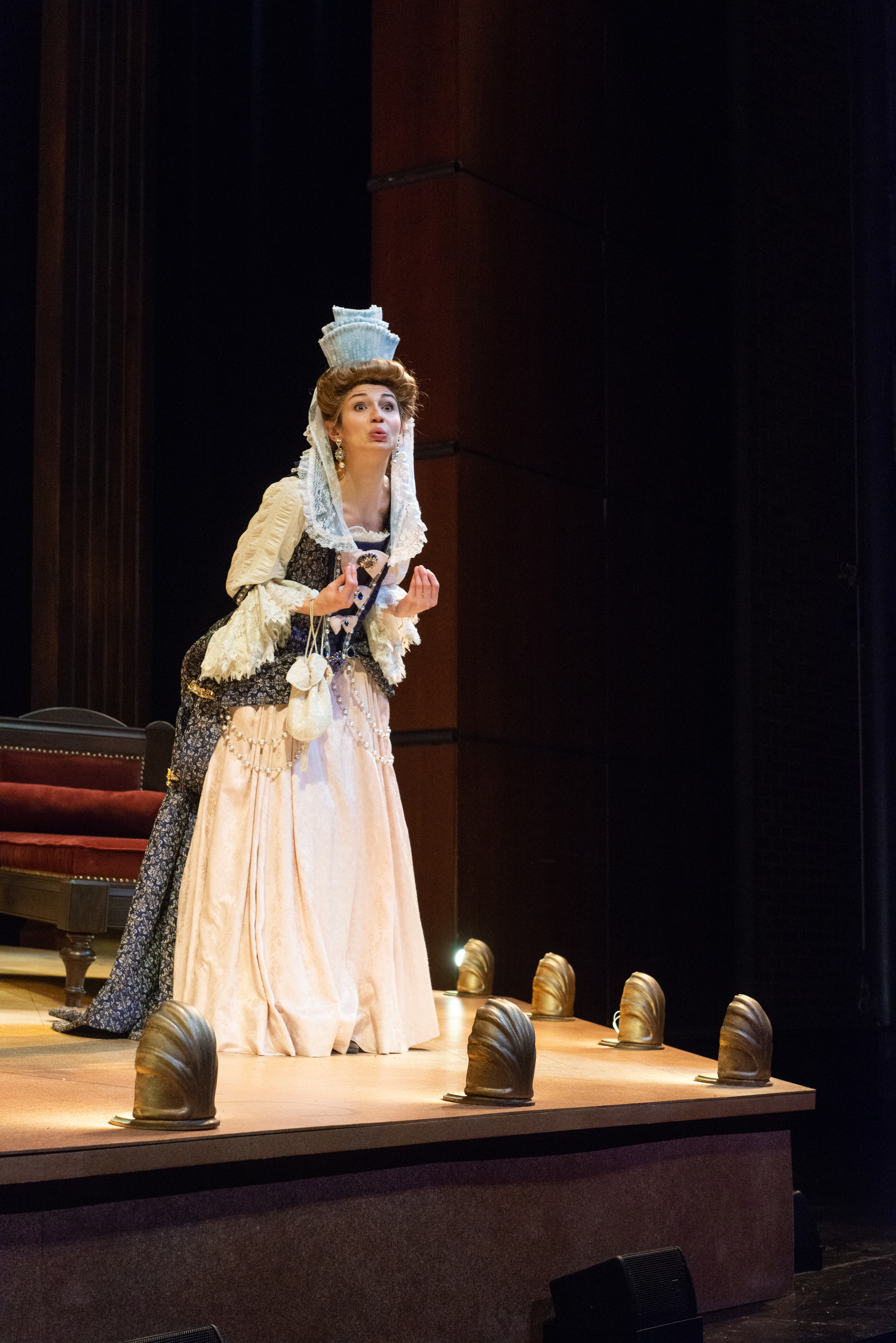 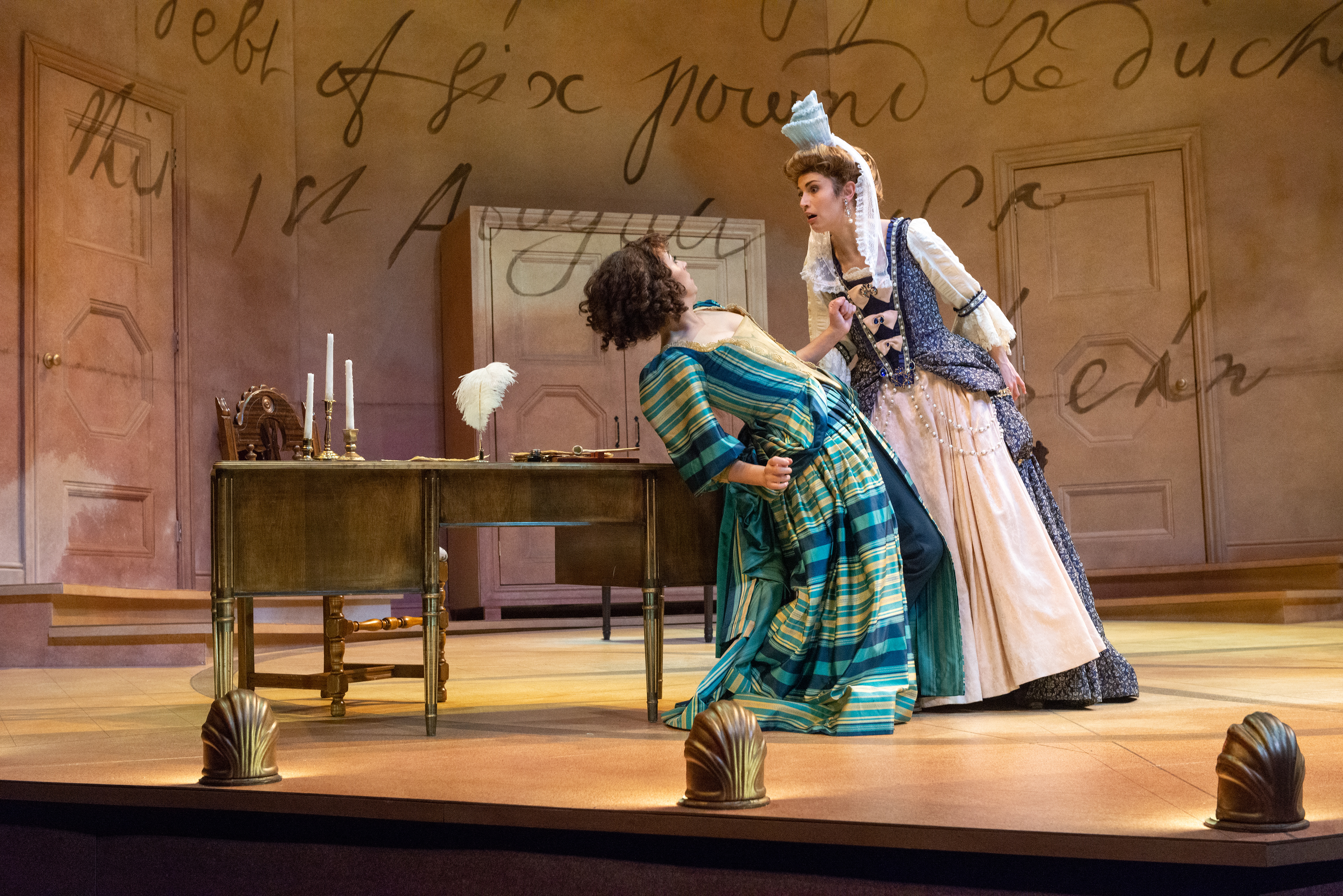 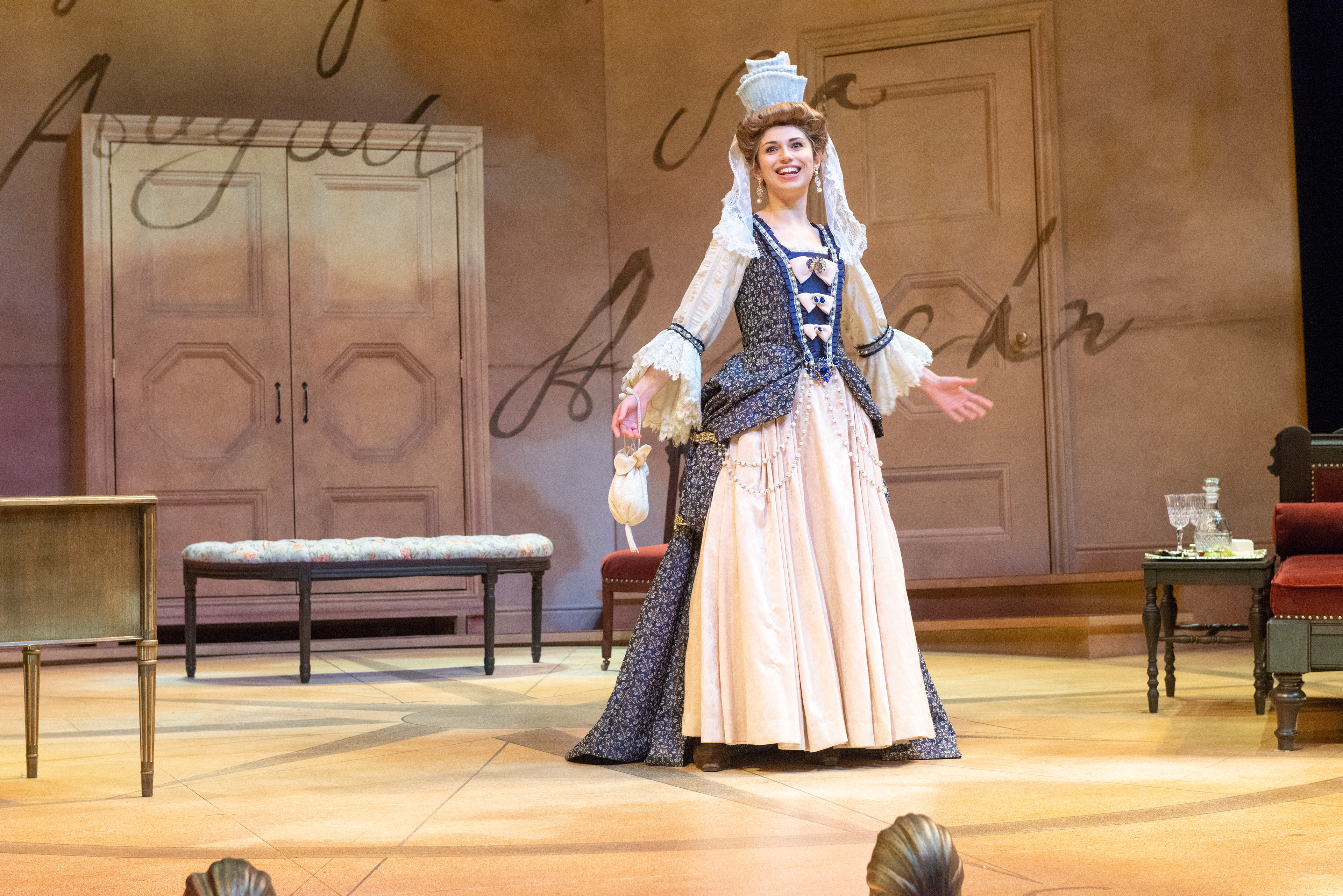 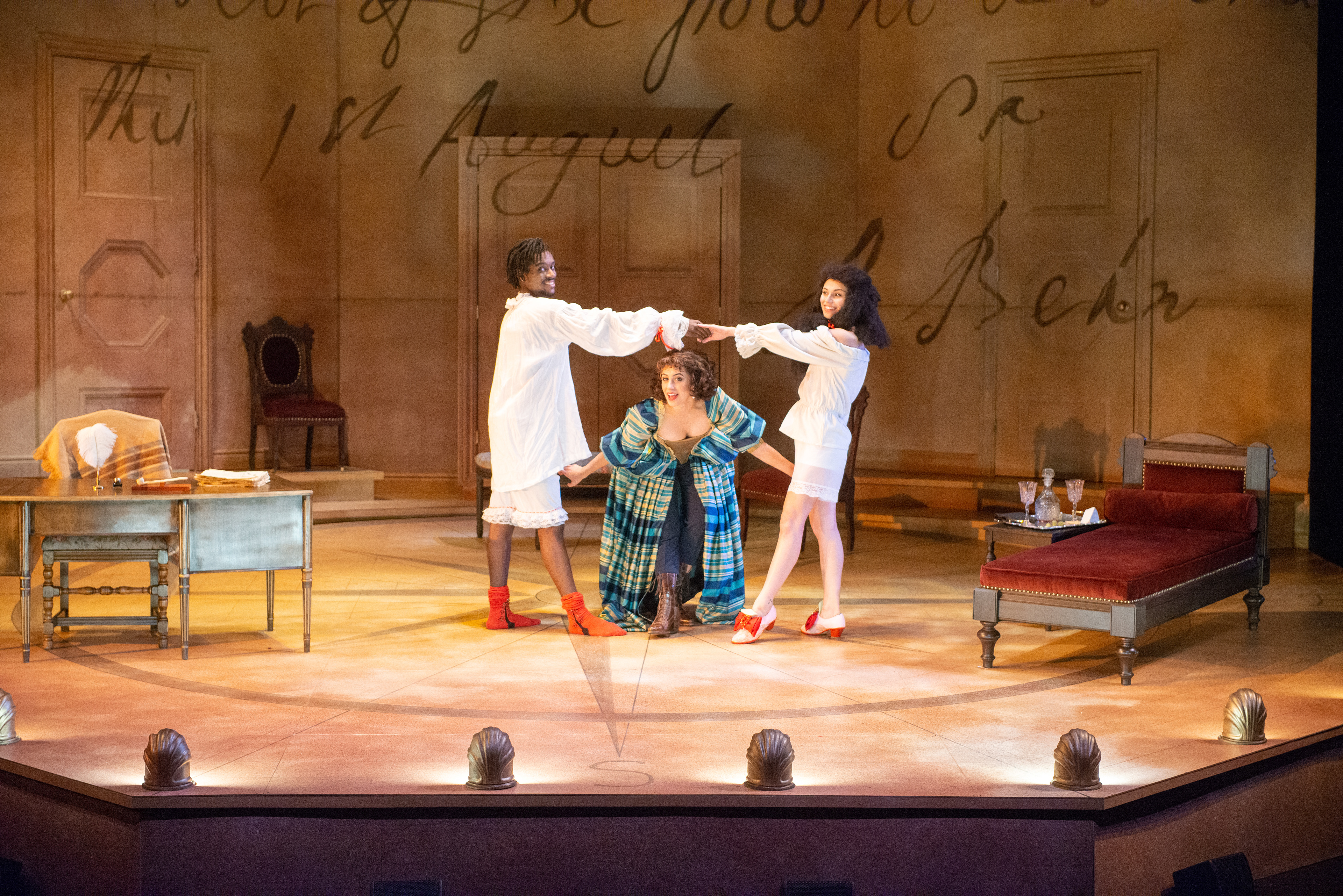 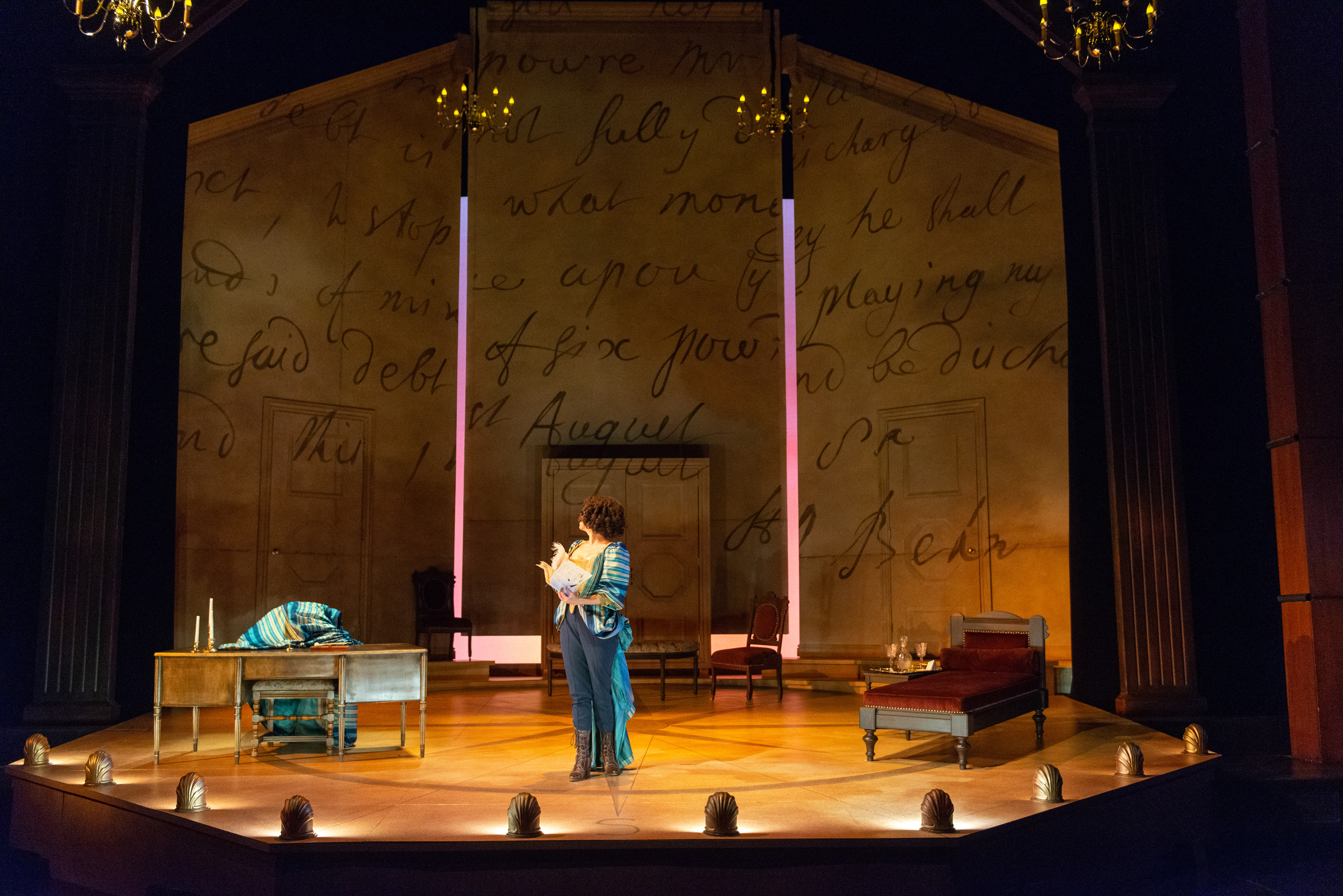 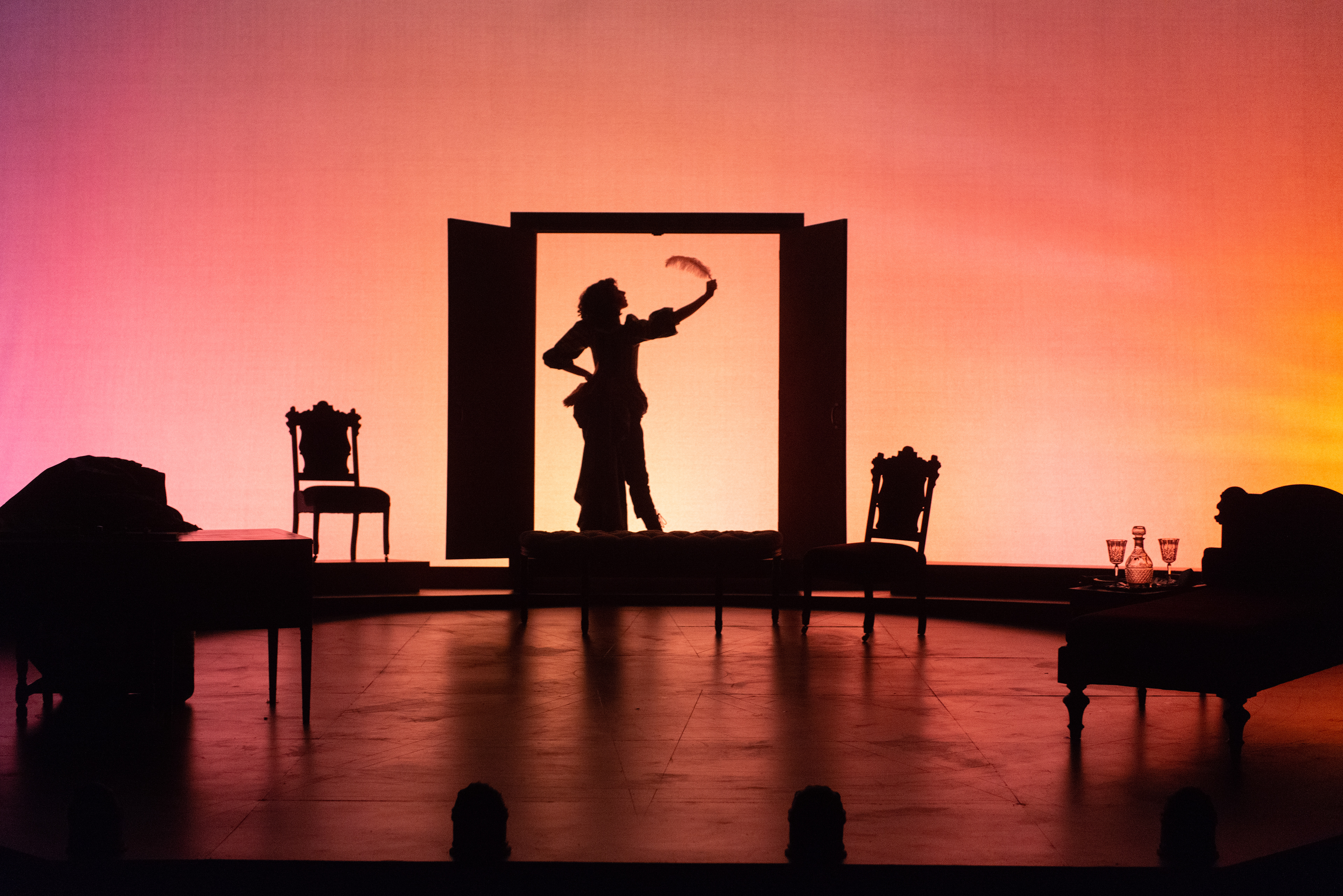 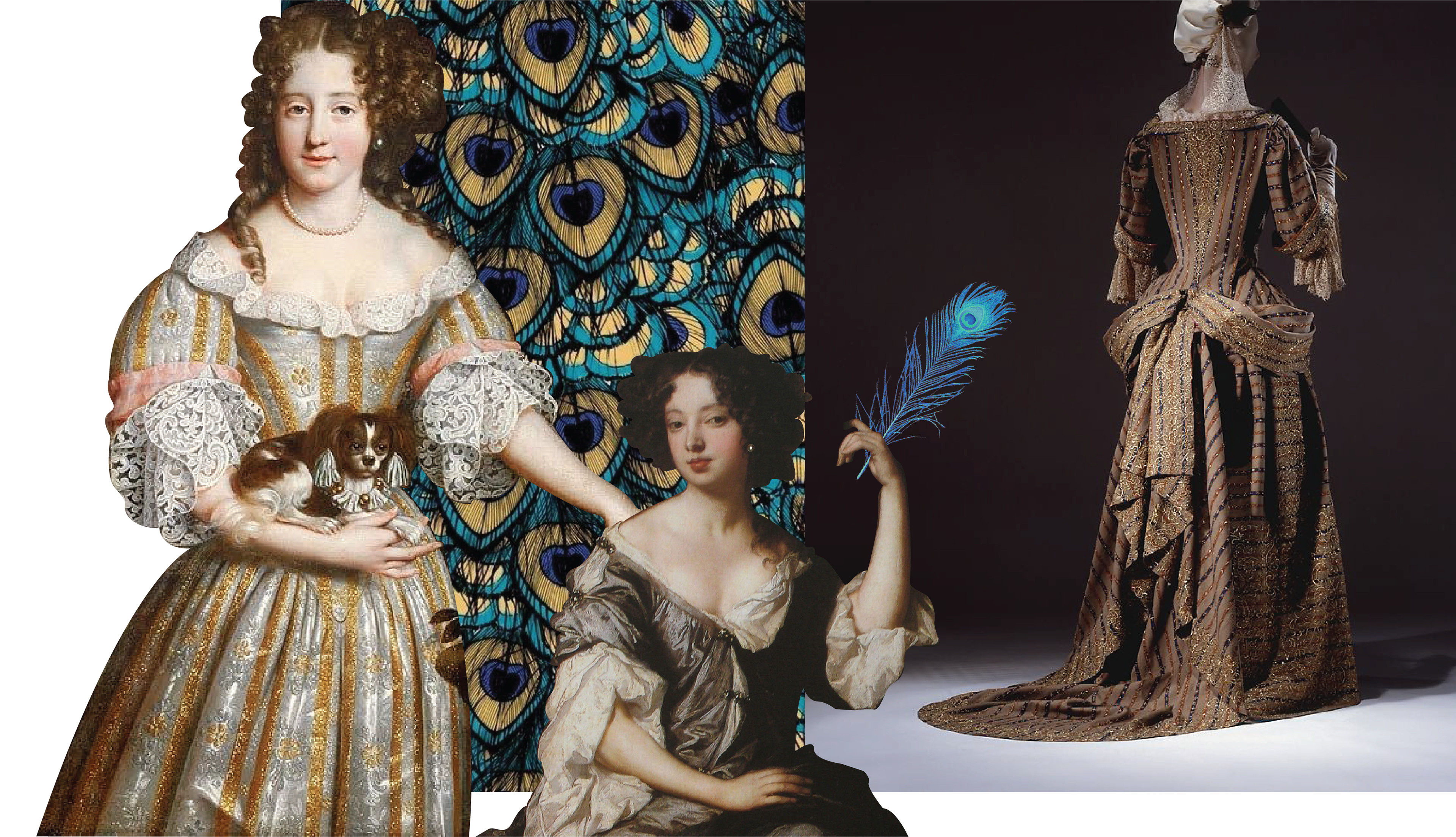 Or, is set loosely in the 1660s during the Restoration Period. It focuses on the night Aphra Behn wrote her first well renowned play. In a eurocentric history Aphra Behn is known as the first successful female playwright. As an ex-spy she tries to navigate writing a play overnight while constantly being interrupted by her lover King Charles II, her new girlfriend Nell and her Ex-boyfriend William. Chaos ensues as all six supporting characters in the play are performed by only two actors, featuring impossibly fast quick changes, including a double quick change from Nell to Maria to Lady Davenent. In prior productions the actors not quite making their quick changes contributed to the comedy of the play. For this production the costumes were intricately thought out and rehearsed so that the comedy of the performers was not overshadowed by failed quick changes.
Period wise the costumes are loosely based in the 1660s, however as many of these characters are forward thinkers, and modern beyond their time, I chose to extend this period farther into the 1700s. I felt a loose interpretation of period allowed for silhouettes that better represented the societal ideal of femanine male and masculine female that was popular during the Restoration period.
The vibrant color palette and over emphasis of shape in the period garments sought to aid the actors in creating an atmosphere of excitement and comedy that helped maintain the rapidly increasing  pace of the show.
Written By: Liz Duffy Adams
Directed by: Kim Weild
Set: Dana Weintraub
Lighting: Shawn Neilson
Costumes: Claire Mildred
Sound: Aaron Landgraf
Actors:
Georgia Mendes
Dylan T. Jackson
Katie Sacks
Photos Courtesy of David Rubin
Return to Theatre Gallery
Return to Main Gallery
↑Back to Top